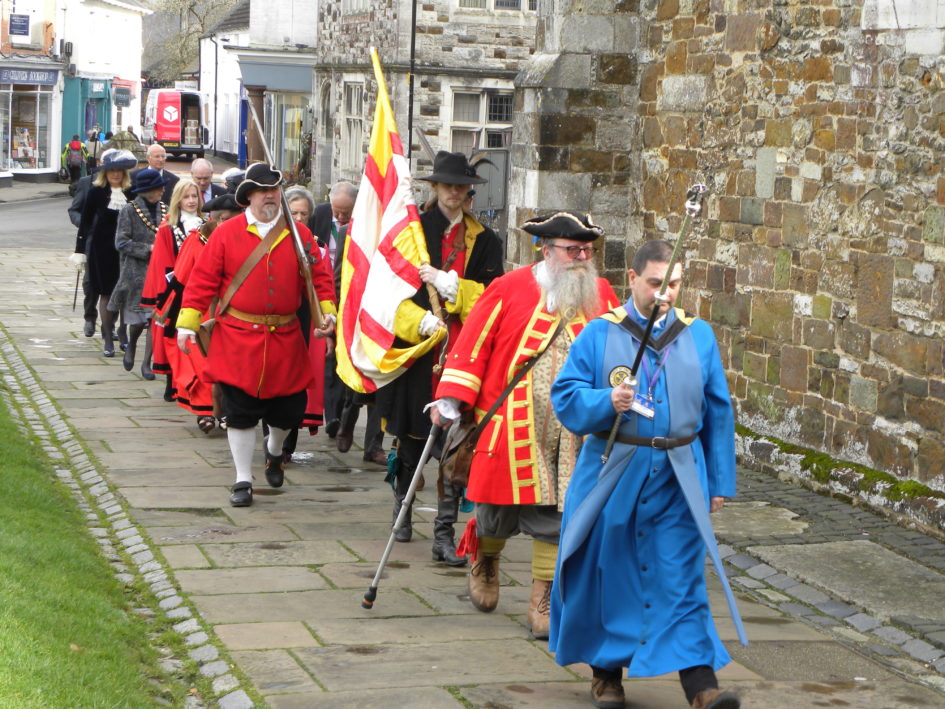 Processing to the Minster With the Town Clerk

We processed from Church House with the 3 Mayors of East Dorset (Ferndown, Verwood and myself), along with the Chairman of EDDC.  I had very generously agreed to lend the Chairman of EDDC my Militia for the day!  When in Wimborne – you have to do the whole thing right otherwise it’s just not the same!

The Minster was packed of course, the Chairman spoke as did very well know previous Chairman -Cllr Burt.  It was an honour to host the service to the outgoing Council – something for the record books!

Afterwards, the Town Crier announced that the Militia would be firing on the green – along with the usual advice on how to avoid hurting your ears (no fingers inside, cup your hands over your ears on the outside)!  Then there were 2 shots fired – which people enjoyed so much, the Militia fired another 2! After the service, much tea and cake was consumed back at Church House which of course was packed out given the number of people that attended.