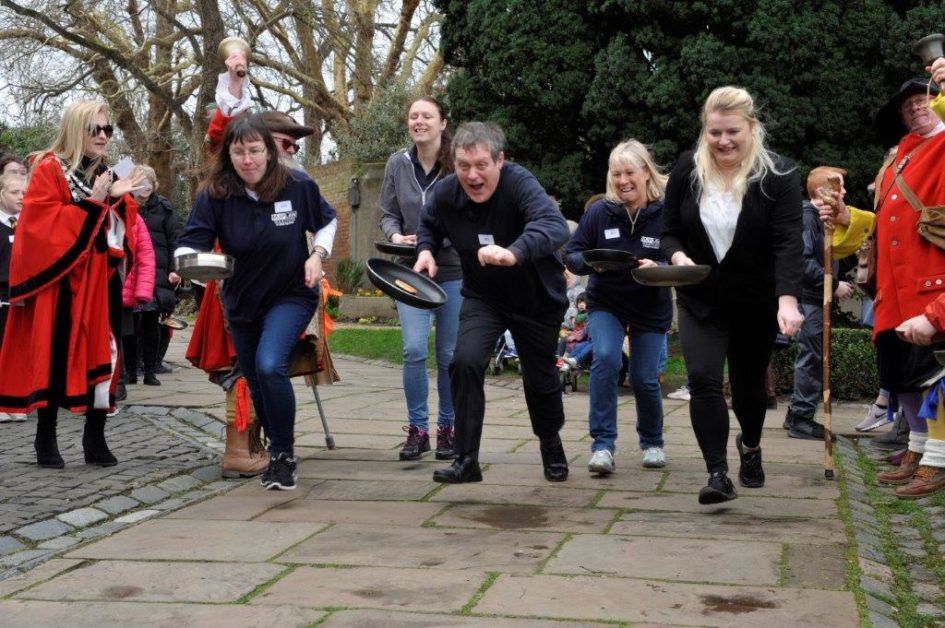 Rev Rowland - not to be messed with! Rev Rowland – not to be messed with!

Luckily I wasn’t asked to actually run, so I was happy to go along to what is always a well attended community event at the Minster.  On Shrove Tuesday each year, the town comes to life as so many people attend to take part in races around the Minster.

The rules are simple, bring a pan and a pancake, run around the Minster, stopping at each corner to ‘toss’ the pancake. There were tons of different races, for young and old alike, a couple of local schools brought bus loads of kids down to take part!  Then the very serious adult races was the finale of the morning!

Luckily no tears but there was an adult who fell over around the back of the Minster and hurt her ankle – St John’s Ambulance to the rescue!

After some dreadful weather, we were lucky to have a bright day but it was chilly.  I remained upright at the starting line where the Militia and the Town Crier officiated the ‘off’. Anthony Oliver of course was the host with the most (and the microphone), calling up the runners according to the running order on a very large noticeboard which had been meticulously worked out to ensure everything went swimmingly!

It was a great fun with loads of winners (some repeat winners)!