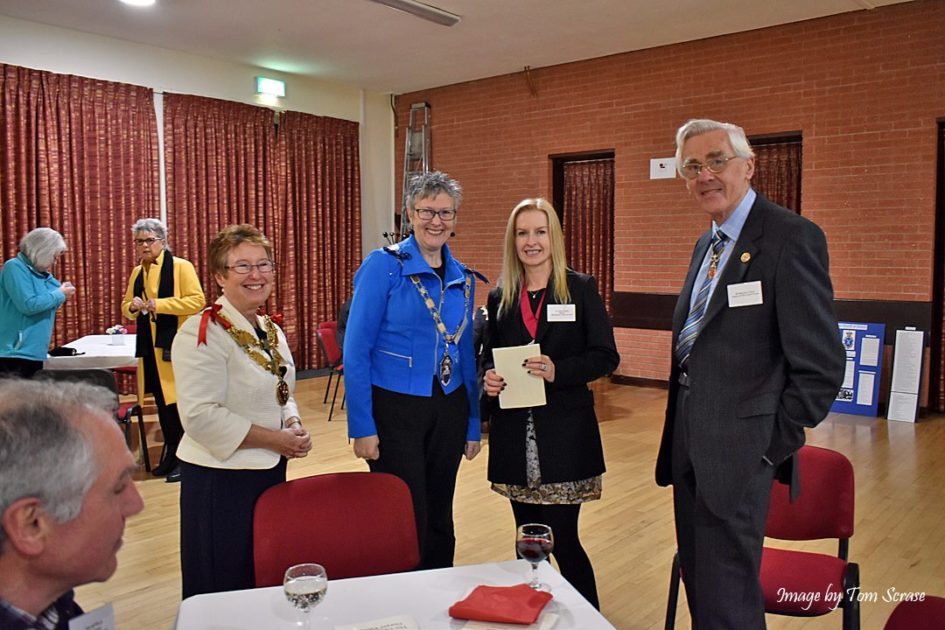 With Cllr Coombs and the Mayor and Escort of Wareham With Cllr Coombs and the Mayor and Escort of Wareham

Parish Council Chairman Cllr Paul Harrison invited the Chain Gang to visit Corfe Mullen on Friday 1st March.  There was a bit of a tour of the area that took in Julia’s House and local recreation areas before an evening reception with entertainment.  I wasn’t able to do the tour in the day but attended the evening reception in the Council offices. Chatting to the High Sheriff Our MP Michael Tomlinson made an appearance, along with many other (now) familiar faces – some of which I’d seen earlier in the day at the Hall & Woodhouse event (see earlier post).  Sometimes you just have to make a day of it!

There were community volunteers there too and the food was lovely (my own GF plate of course)! Much talk about the approaching demise of East Dorset District Council during the evening.  Paul had lined up some interesting acts for the evening, including our very own Dorset Youth Marching Band (if you thought they were loud outdoors….).

Shame I missed the day time adventures but I have been to the rec before at least!