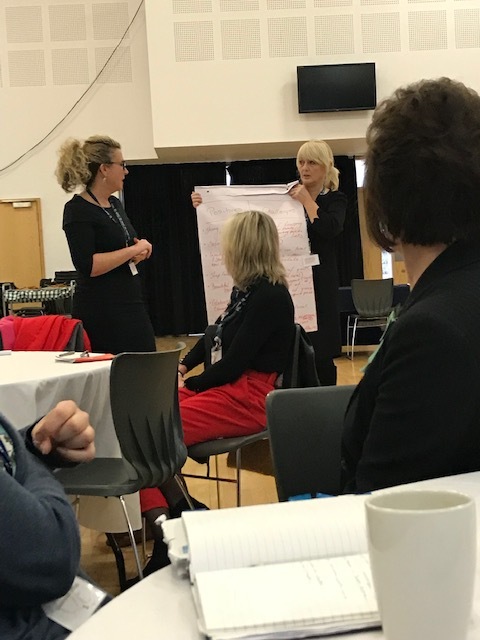 After a wonderful December with Christmas and New Year celebrations, I was eased into January quietly with a few weeks of breathing space and the engagements I have had as Town Mayor since have been thought provoking.

I was invited to go along to QE Secondary School in Pamphill for an engagement session with other people from the town – all from a variety of viewpoints and backgrounds.  It was the first session of its kind so no one knew what to expect!  The school wanted to run a workshop session to gather information on what Wimborne is doing well with regards to young people and what the challenges and issues are.

The participants were made up of Police, Church personnel, business owners, Local Authority officers, Councillors, teachers and other volunteer groups.  A few really good ideas came out of it but the most beneficial thing for some people there (including me) was the communication that flowed during the session.  We found out what others were aiming to do or currently are doing in relation to supporting young people.

The Headmaster plans to do a follow up session within a few weeks to report on progress and talk about how some of the ideas may be able to be implemented.  As with so many of these engagements, where I don’t know what to expect – I found it enlightening and heart warming that there are so many people out there that are working towards supporting and improving our community. I attended a special service hosted by the Minster last Saturday – it wasn’t at all what I had expected. Two people that were just young children in the late thirties and who escaped to England, told their harrowing stories of survival. One – John Fieldsend was one of the children that Sir Nicholas Winton helped to escape Germany on the Kindertransport. It was very touching and has left me thinking about the people involved in the days following. Thanks to the Minster for arranging such a special service.