It’s all about the Children! 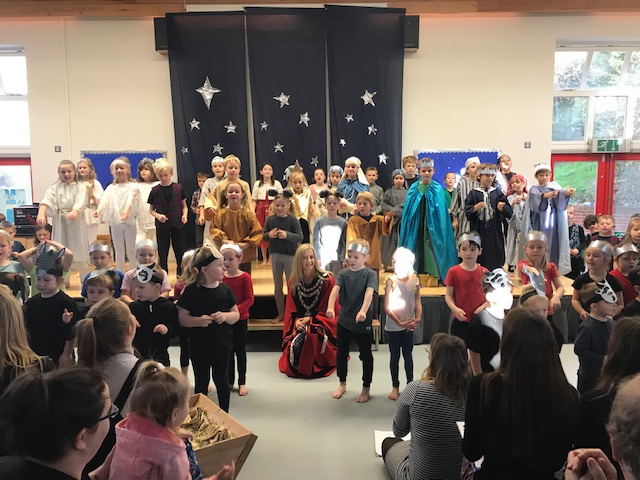 Last Saturday was the ‘Save the Children’ Parade in Wimborne Minster.  I think this may be the 27th year it has taken place, what an achievement!  I’m told the committee has been up to 20 people but currently stands at only 3 or 4.  So if you went to the parade, either as a participant or an onlooker and thought it was great – then please consider getting involved or we will lose it!

First thing in the morning though was the Great Pudding Stir at the Priest’s House Museum.  I was invited to give the mixture a stir (presumably for next year’s version as there was a pudding that ‘was made earlier’). Everyone had a ‘stir’! Unfortunately the weather wasn’t terribly kind but it could have been worse! The meeting place was Cobham’s car park off Leigh Road where there was all manner of vehicles – the floats, vintage cars, fire engines and even tractors!  My ‘ride’ was swopped from an open top vintage car to a slightly covered vintage Austin which will be 90 years old next year.

Whilst it was a bit drizzly to start with, it then threw it down with a bit of wind thrown in for good measure – just as the parade was setting off.  My poor Scout and Guide (Matthew and Milly) took the seat in the open top (in the Dickie seat at the back), I’m not sure they faired too well in the downpour! DYMB getting ready for the ‘off’ The Dorset Youth Marching band headed the parade and our car followed behind with the rest of the parade behind us.  We went at a walking pace which was great for the waving (difficult trying to cover both sides of the car but I employed my husband to help with that)!

The streets were lined with people, some clearly having chosen their spot whilst others were outside their front doors or in their gardens (these people usually had cups of tea or glasses of wine to wave at us) – well it was 2:30pm!

We went down Leigh Rd and onto the Quarterjack roundabout where we pulled over with the Chairman on EDDC’s car.  Here we stopped in the bus stop to watch the parade go past us (more waving – and mince pies were given out by one of the floats).  I got a glimpse at my own kids at this point as they were on the Wimborne in Bloom float. Kids on the WIB Float

We hopped back in line before the end (behind the militia) and paraded down Park Lane and up East Street, King Street and finally through West Street into the Square.  The Square was packed!  The Rolls Royce carrying the Chairman of EDDC broke down in West Street (these very slow parades is tough on old engines).  Cllr Coombs walked the rest of the way as we only then had to go to the Priest’s House Museum.

We judged the best of the Vintage cars and went into the PHM to welcome Father Christmas who was there to meet a few children!

Afterwards we sat down for a cup of tea before calling it a day and what a great day it was too.

Well down to all involved, let’s hope they recruit enough people to carry on this great tradition.  (Latest count was that they’d raised over £2500 in buckets from the on lookers on the way around).

Tuesday 12th December was the first showing of the St Johns’ First School nativity play and I was invited!  The head mistress assumed that I’d be invited to loads of school plays at this time of year but actually it was the only one.  My own kids are passed the age where they do this sort of Christmas nativity so it was really sweet to see the little ones.

The traditional story was done in such a funky way with songs and dances that were a little jazz and a little country and western!  The kids there obviously have tons of confidence – lots of clear, loud voices and great acting.  It was really enjoyable.   I got to stand up and say a few words of thanks at the end (quite nerve wracking to speak in front of so many parents – I don’t know how the kids do it)!