Carols in the Cornmarket 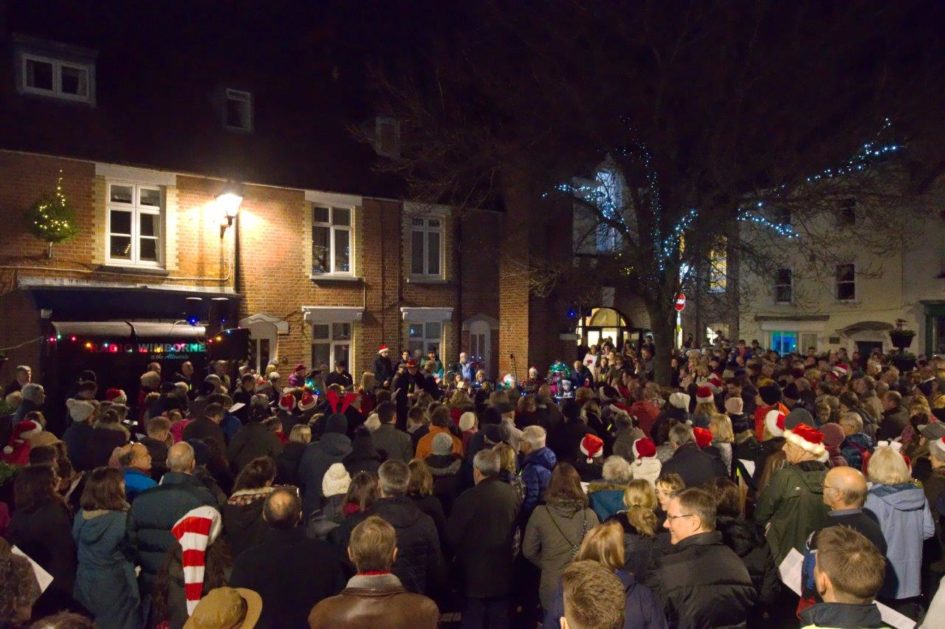 The crown in the Cornmarket The crown in the Cornmarket

Well having taken a week off (booked before being elected Town Mayor), it was back to Wimborne Minster with a bump on 21st December – straight into the annual carol service in the Cornmarket.  The weather was fine – just a bit cold!  So the turnout was good and no emergency diversion into the Minster itself was necessary – I can only remember that happening once when the downpours were dreadful!  It was actually a pretty bad week for rain but the Friday night was clear and dry!  (The Rev Rowland claimed no divine intervention had taken place)!

A good number of collectors representing my charities turned out to hold the tins as it’s tradition that the evening collects for the Mayor’s charities for that year.  After the count the following day, the collection was over £900!

There were a good few carols that I wasn’t familiar with but equally some that I was was, so I was exercising the vocal chords when safe to do so!  There were a couple of interesting ‘reggae’ style carols thrown in there for good measure – always good to shake it up a bit!

Radio Wimborne did a splendid job of managing the sound this year.  The trusty horsebox was camped in the Cornmarket with a couple of our techie volunteers there ensuring everyone got the best sound possible – well done RW team!

Chris Brown of course was the master of ceremonies with Anthony Oliver MBE ensuring everyone was in the right places and also handed out glow sticks to all ‘carolers’.

I was asked to read a passage from the bible but had the passage interpreted a little for my liking – and Rev Rowland said he like my version so it must have been okay!

A good time was had by all and got me straight back into the Christmas spirit with only a few days left until the big day. Slightly blurry pic of a few of us on the night!