Freedom of the Rifles Sherborne 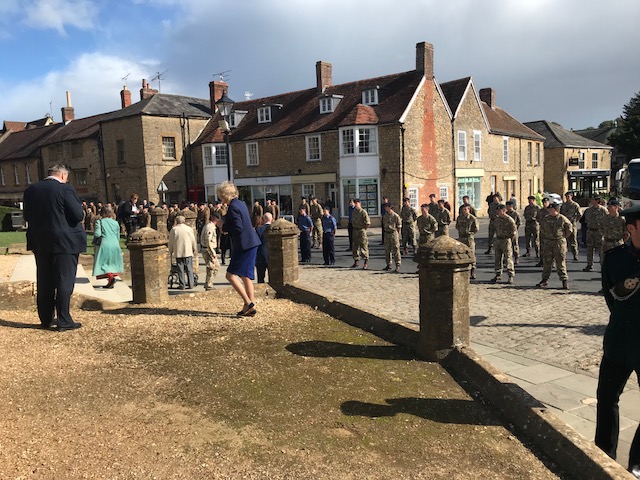 I’ve never been to Sherborne Abbey before – a proper Abbey!  It’s almost as nice as our Minster ;-).  It is very grand for sure.  There was a great turn out from representatives from the community, regiment, retirees and of course the Chairman and Mayors of Dorset and beyond.

There was a short service of remembrance which happens every month but this one coincided with the Freedom of the town event for the Rifles regiment. I thought there was something different about their marching.  I later found out that it’s because they march 160 per minute – which is much quicker than other regiments – I don’t know why (maybe due to the speed they need to move about in combat)?  You can certainly tell the difference. I do feel old when I say how young they all look but that’s always been the reality of the forces I think.  I did check their shoes and most had a very good shine on them!

After they were inspected by the Lord Lieutenant, their band paraded through town along with the Chairmen and Mayors and they then followed their band up to Sherborne School.  The dignitaries peeled off into the school for refreshments and the regiment vanished!  I think for security purposes, this is what they do I’m told! Sherborne Mayor attempting a speech in town with many onlookers and a failed PA system!  I heard most of it and it was all good!