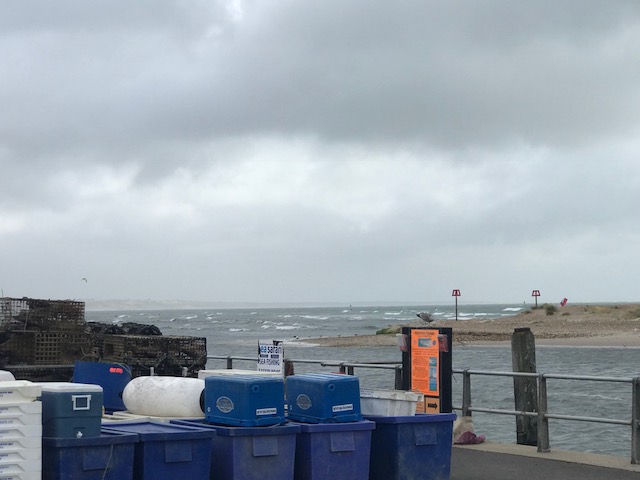 This week’s Civic day goes to….Christchurch Borough Council.  The Mayor of Christchurch Cllr Mrs Leslie Dedman invited fellow Chairmen to the town to see a few key sites and buildings.  It was the start of the windy weather in the area, so some of the walking about was quite interesting!

The highlight of the day was seeing Highcliffe Castle.  That’s been through a few difficult periods over the years.  I’ve been to a few weddings there but hadn’t considered what the history was.  It appears it was built from materials made up of various different buildings in France.  The ‘lego kit’ of bricks, windows and fireplaces, was shipped in 20 boats from France to England.  The owner of the land at the time told the builders – “make me a big house with all this”!. Some interesting features were pointed out to us on a guided tour, including the archway to a main door which is actually a fireplace from another house (who knew)Gargoyles around the outside were fashioned on workers that restored the castle in recent years.  There’s on in particular that has a pair of glasses on – what a great tribute to the man it is supposed to be – he’s still alive! The Great Hall is the main entrance – or was.  As you look at this picture where the two indents are either side of the far end, there was a grand curved staircase going up either side.  It was taken over by a Catholic training school and they removed the staircase so that they could use the room as a Chapel.  It seemed to fit since it had the huge stained glass window on the opposite side. Opposite end of the Great Hall

The upstairs of the Great Hall where the grand staircases would have ‘landed’.  You can see the wonderful stained glass window on the opposite side.

The Castle has suffered two fires and is currently in stage 7 of a 12 stage renovation programme with help from the Heritage Lottery fund.  Worth a visit and a tour to get the inside info’.  See here for more information.

On a very windy Mudeford Quay, we were shown the place where a brutal battle took place between smugglers and the ‘law’.  When the weathers a bit better, I may go back and have a good read of the plaque!

Lunch was served at the Captain’s club and was superb.  We were very well treated and I was well cared for with my dietary requirements!!

Another great insight into a nearby ancient town! The Battle of Mudeford