Out with ‘single use’ plastic! 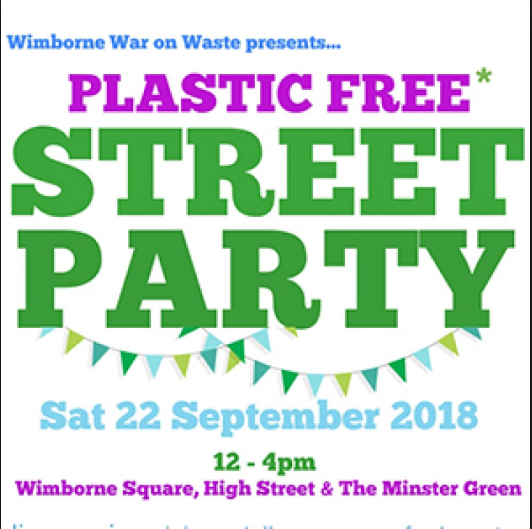 With our Radio crew

What a brilliant day on Saturday in town – yes it would have been better without the rain of course but the fact it worked so well in that dreadful weather, just shows how successful it was!

The volunteers at Wimborne War on Waste have been campaigning for many months to encourage the people and businesses of Wimborne Minster to ditch the single use plastic, so that’s the straws, balloons, glitter, coffee cups, cling film, bags etc.  They’re not expecting us to get rid of everything made of plastic!

And the great news was, just last Friday it was confirmed that we had achieved plastic free status – only town number 32 in the country.  To get this status awarded, there has to be evidence of enough ‘change’, have enough businesses signed up to no longer using single use products. The day itself was really good fun, lots of stalls, products being sold to help convert people, live singing, live bands, Radio Wimborne on the Square managing all the Sound (and providing me with some dry cover)!

I announced the winners of my poster competition.  The theme was to show the ‘flow’ of litter that is dropped on the streets, through to where it sometimes ends up, in the sea.  The winner of each of 3 age groups won a resuseable cup and a set of metal straws!  Well done to all involved.

The WoW team did a superb job publicising the event, our MP Michael Tomlinson popped along (carrying a reuseable bag)!  We had the Stour & Avon and Meridian News!  You can see the clip here.  I think a TV interview was a first for me! We had a very special show put on courtesy of Tony Horitz and the Community Drama group.  A ‘giant’ made from recycled plastic walked down the street accompanied by an eerie sound track telling the story of the giant that wasn’t happy with the way people were littering.  The giant moved a little like the puppets from ‘War Horse’, very impressive. Thanks so much to Radio Wimborne and the WoW team for making a great day.