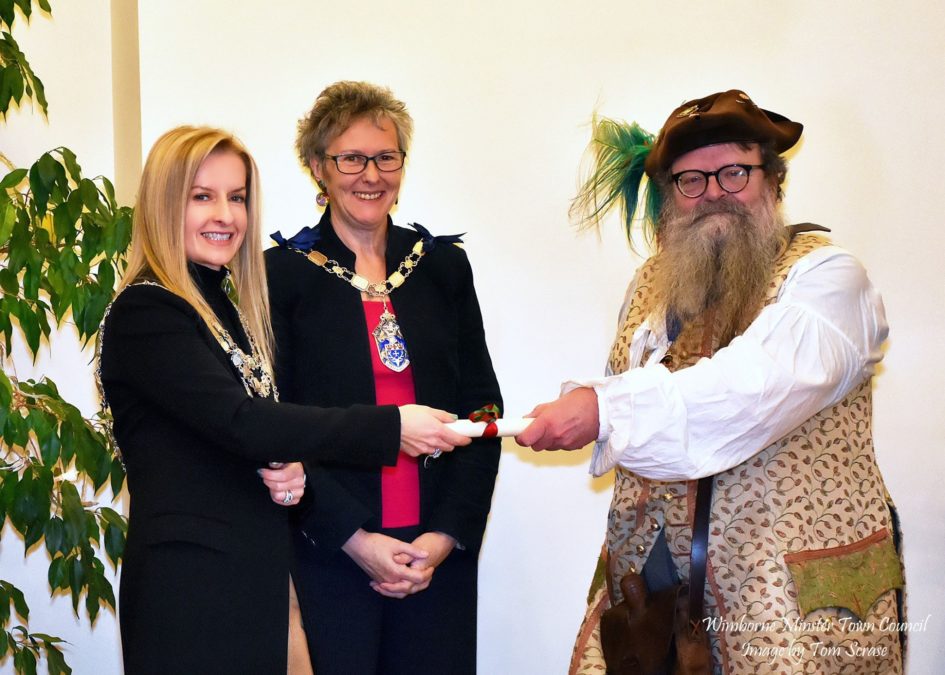 This Tuesday was the last full Council meeting before Christmas so we made it a special one!  The East Dorset District Chairman Cllr Mrs Toni Coombs is due to have her Civic service on 4th March next year and has chosen to have it in Wimborne Minster as the most significant town in East Dorset (with the best church of course)!

It’s such a transformational year as the District Council will cease to exist from 1st April when the new unitary Dorset Council comes into force.

The thanksgiving service will include the other Mayors of East Dorset and a number of other dignitaries so it seemed fitting that our town Militia should be involved in such an occasion and see the District out with a (literal) bang!

But – the Militia have already declared their loyalty to me as Town Mayor and have sworn to protect me whilst I’m still Mayor.  So we have devised a cunning plan whereby they can be released from their obligations for one day only!

I had a special scroll commissioned directing the Town Serjant to protect the Chairman of EDDC on 4th March.  He in turn was then able to present a scroll describing this to Cllr Coombs after our meeting on Tuesday.

It was nice to create a bit of ceremony around the service itself since it’s the last one that EDDC will ever have!

After the meeting, as is tradition, all Cllrs and other local people were invited to have a drink and some nibbles with Cllrs before the Christmas break, which is nice as we don’t often get the chance to have a chat informally.