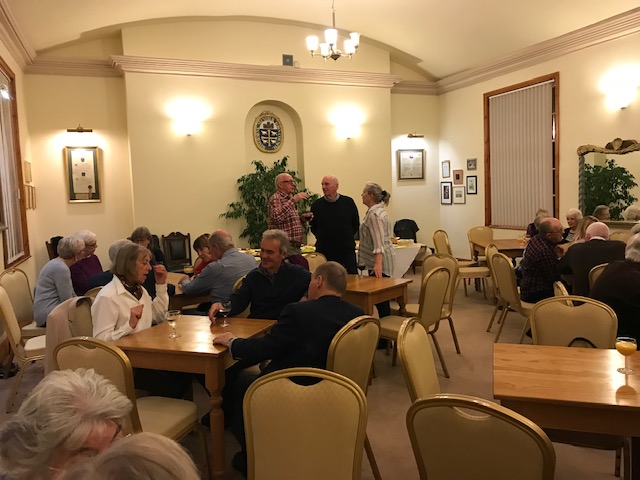 The group in the Council Chamber

On Wednesday 24th October, the Wimborne in Bloom volunteers had a get together to celebrate the end of the season – and what a great season it was this year too!

I was invited along for a glass of wine and a nibble of the huge buffet (‘Stop-tober’ prevented me from partaking in the wine but Cranberry juice looks good in a wine glass)!

Richard Nunn the Chairman of Wimborne in Bloom congratulated all the volunteers for their hard work throughout the year, helping with the fund raising and enabling a great deal of floral displays to be put out.  Those residents with town centre properties who made the effort to put baskets and containers out were thanked, as were those that opened their gardens for charitable donations.

Of course it was a great season all round after winning the highest score in the South East in the ‘Town’ catergory – punching above our weight and doing it very well!  Then winning a Silver in the Britain in Bloom awards. The group in the Council Chamber