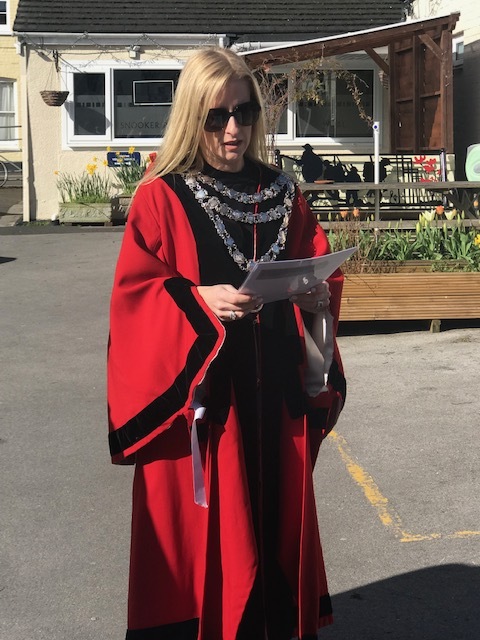 Commonwealth Day – 11th March, it is traditional for the Town Mayor to raise the Commonwealth flag at the Royal British Legion in West Borough.  A speech is put online from the Commonwealth Parliamentary Association to be read out across the Country at 11am on the day.  This year’s theme was ‘A Connected Commonwealth’.   There certainly appeared to be an essence of ‘Brexit’ in the mix – but maybe we see that everywhere at the moment! A number of the RBL staff attended as did some Town Councillors.  The actual raising of the flag can be a bit tricky (I remember one year, it got stuck), so all precautions were taken and an expert from the RBL did the honours for me after the speech. A windy day for a flag!